You’re not alone if you don’t know software developer vs software engineer. Not only are some of the necessary qualifications for both developers and engineers similar, but experts in the industry dispute on whether the titles signify at all.

What’s vital to understand is that software developers and software engineers are not quite the same things, and recognising the distinction is important as long as businesses are looking for developers and engineers.

What is Software Developer?

Software developers have responsibility of creating new software that operates on a variety of platforms. They mostly work in a team to develop new software or app.. They create app features and develop code from the ground up for a variety of program including desktop software like Photoshop, web apps like Twitter and Facebook, and mobile apps like Instagram.

They are needed to carry out planning applications and programming software, supervise their entire project, and manage activities in various phases of development at the same time.

Software Engineers address problems on a much greater scale, whilst Software Developers do what engineers do but on a much smaller scale.

What is Software Engineer?

A Software Engineer is responsible for the design, developing, managing, testing, and reviewing of computer software using software engineering concepts.

When creating analytics solutions or extensible domain-specific languages, for example, they frequently examine the trade-offs that must be made to the software architecture as well as other aspects.

Although software engineers may assist with programming, developers are rarely involved in the engineering side of things. Obviously, there’s more to it than that, but this is arguably the most straightforward method to distinguish the two stances.

Developers, in particular, engage directly with clients to determine what they want, then manage a team to develop the product while maintaining communication with customers all through the lifecycle of the project.

To do so, developers must have a thorough knowledge of the software in order to balance the needs of the customer with the capabilities of the product. They must also pay close attention to detail in order for the project to go successfully.

A bachelor’s degree in coding and software, such as computer science, will not only give you the necessary software education, but it may also help you with employment.

Whilst software engineers are frequently thought to have more schooling than developers, neither occupation need a degree to begin working. Also, if you are unsure about devoting at least four years of your life to a university degree, you should be aware that you have other alternatives.

Programming workshops are a developing trend in techy education, as they may give foundational schooling for a tenth of the cost and effort. Some workshops offer certification, which is another method to break into the industry. However, keep in mind that certificates aren’t the only way to acquire a job, so don’t let that stop you from studying.

Which one is the best match for you?

Successful software developers and engineers share a set of characteristics in common: they are inquisitive, imaginative, analytical, detail-oriented critical thinkers who thrive at arithmetic.

While a software engineer and a software developer have many of the same talents, a developer may not always have the technical knowledge and experience needed to conduct engineering the comprehensive, big-picture design and control of the construction system.

As a result, regular software developers enjoy the opportunity to learn new skills and expand their operations as application developers.

You should also do some study on what employers anticipate from you in the advertised employment position.

Finding one’s specialisation is the best advice for anyone interested in software development or engineering. Making the transition between fields is feasible with a little creativity and hard work, so choose something you enjoy and make things work for you! 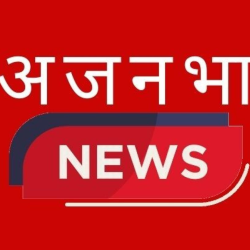 Aniket Sinha is an internet entrepreneur. He is the founder of Ajanabha and Famenest Social Media Site.